Every dog owner can picture their dog rushing towards them and giving them the well-known sloppy kiss, all while wagging their tail enthusiastically. However, once your dog ages, you may start to wonder why those kisses are not so sloppy anymore. Why is your senior dog having a dry nose all of a sudden? 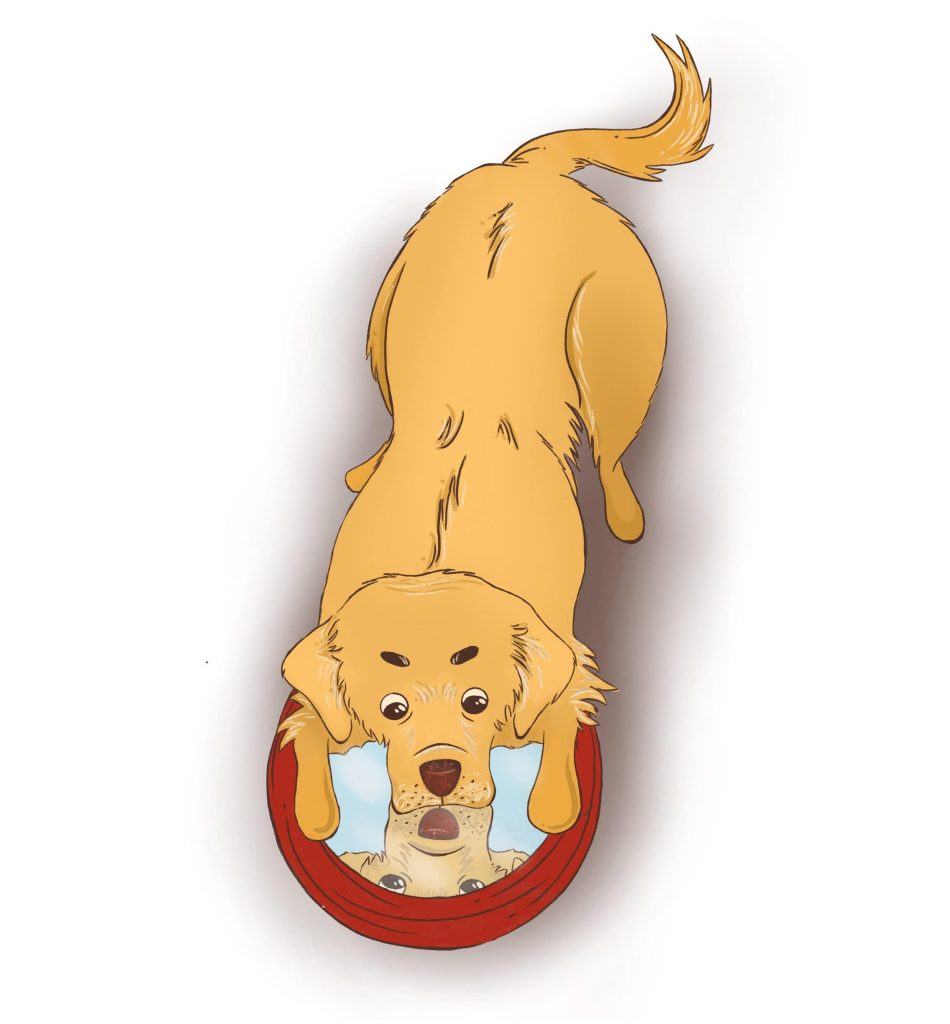 Snow White is not the only one having a Sleepy by her side. When a dog gets past his prime years, he tends to prefer a bit longer nappy time. Sleeping more is not a problem. However, when a dog sleeps, he cannot lick his nose.

As a result, the dog’s nose dries out and gets the needed moisture only when he wakes up to lick his nose again. You should only worry if your dog’s nose is still dry 15 minutes after he has woken up!

On a similar note, your dog may also be lethargic, spending his day half awake, half asleep. Inactivity can be caused by many factors, many of which should be treated by a vet. If you want to avoid a chronically dry nose, don’t underestimate when your dog lies around all day long.

When you have a cold, your nose can get all red from rubbing. Similarly, dogs often excessively scratch or rub their noses in case of allergies. Some allergies may go unnoticed if they develop over the years, so be aware!

Being all lazy to get up isn’t always an act of self-love. Dogs, especially older dogs with ageing joints, are sometimes too lazy to get to their bowl of water. Not drinking enough water then causes multiple problems.

Not only the dog gets dehydrated, but often his nose gets dry and can even crack, causing painful wounds. To avoid this situation, you should, in the best case, treat the dog’s joints or at least position his bowl closer to his preferred place.

It doesn’t have to be because of your dog’s increasing years! It may have always been an issue. However, you may not have noticed because only now other factors such as long naps, new allergies or dehydration worsened your dog’s ability to lick their nose regularly.

4. The reason is the season

Both winter and summer can be known for extreme weather. This may take a toll on your dog’s nose! In winter, both cold air and indoor heating negatively impact the moisture of the nose. In contrast, during summertime, the thin tissue of a dog’s nose is prone to get sunburnt.

Both of these cause your dog’s nose to dry out and crack! To prevent such a situation, avoid overheating your indoor spaces during winter and get your dog sunscreen during summer!

Some types of dogs are more likely to suffer from the dry nose than others! Brachycephalic breeds of dogs like pugs or bulldogs often have difficulties reaching their nose. On the other hand, breeds such as Golden Retrievers or Labradors are prone to suffer from nasal hyperkeratosis.

This illness causes the dog’s nose to thicken and dry due to the accumulation of hard keratin. Even though these are likely to be distinguishable since your dog’s first year, his nose may get even drier as he ages.

Why is a dry nose bad?

When your dog’s nose dries out, it crusts or cracks just as human lips in winter. The moist provides skin with flexibility. The dry cracking nose is painful and irritating, which often causes the dog to rub it even more. Moreover, dogs use the moist on their noses to catch particles and get as much information about a particular scent as possible.

Therefore, a dry nose inhibits them from smelling whether something is safe to eat or from sniffing out your neighbour’s hidden cat.

How to cure it?

The cure depends on the source of the problem. Usually, ageing dogs‘ noses require some additional moisturizer to combat their dry nose. It would be best to use a balm if you are unsure why the problem occurs or if it is unsolvable.

On the other hand, if you know that your dog avoids going to his water bowl or has his bed right next to the heater, consider placing the bowl closer and the heater further away. Don’t let those sloppy kisses go away!

How To Heal Dry And Cracked Dog’s Paw Pads