Grey’s Anatomy is not the only anatomy you should be digging into. If your best friend has four paws, you should know them like the back of your hand. If you think about it, they traverse the world barefoot almost at all times. Stepping on hot concrete, icy pavement, or rocky hill, you name it, is far from comfortable. 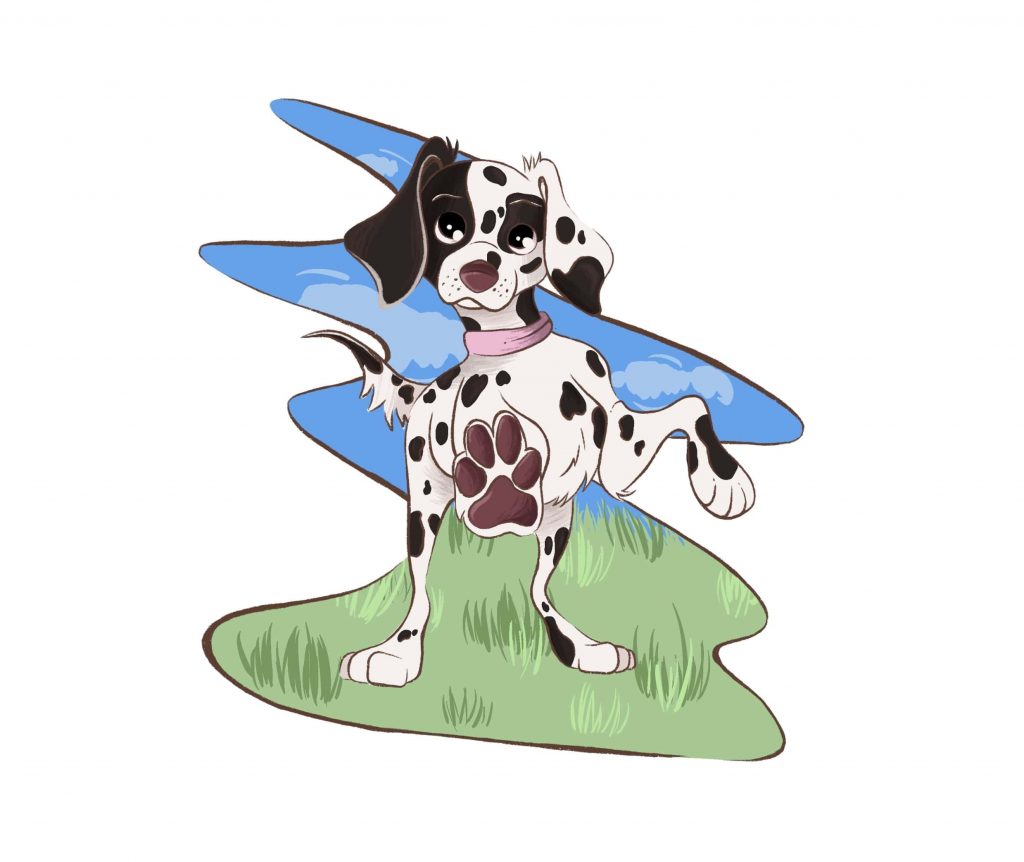 However, while people take a great deal of decision-making when picking the proper footwear, they not so often think about their dog‘s paws‘ well-being. What do your dog’s paws consist of, and why are they so resilient against the ever-changing environment? Moreover, how did they even develop?

To get a basic understanding of the canine paw, you must know that it essentially consists of 5 parts: 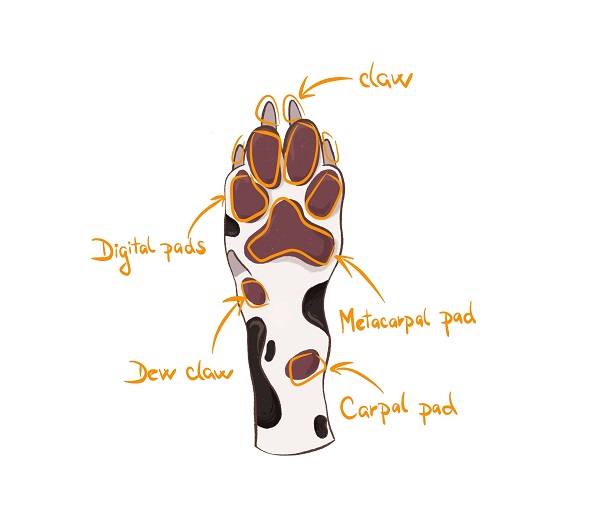 To understand how the canine paw functions at an even deeper level, let’s take a look at its bones structure.

However, many years had passed before the canine paw developed into a well-known form. To search the origin of canine genealogy, we have to go back approximately 60 million years. Back then, a carnivorous mammal Miacis laid the foundation for the appearance of the modern dog. Nonetheless, you would be surprised to find out that Miacis looked like a weasel, was only as big as 30 cm (11.5 inches) and walked on its soles instead of toes. It has taken 25 million years of development to reach the next significant stage, the genus Leptocyon.

This genus is considered the first canine, yet the mammal still resembled a fox rather than a dog. Leptocyon already used toes for walking, slowly moving towards characterizing the modern dog. Around 20 million years ago, Mesocyon came, bearing the resemblance of a basic dog and having a more developed brain. Thanks to an increased intelligence and memory span, members of the Mesocyon family developed a pack mentality as they know could remember their own. If you’re now saying that these mammals seem to behave like wolves, you wouldn’t be far from the truth. Mesocyon was indeed followed by the wolves “just” 5-7 million years ago. These already walked on hind toes.

It was only 33,000 years ago that humans started domesticating some members of wolf species. The process of selective breeding enabled us to breed dogs for specific tasks. However, it has taken its toll on dogs’ health as detrimental genetic mutations were passed along with desired physical or behavioral traits. Despite the early existence of different dog breeds, many others were created by selective breeding. This accounts for the vast differences between modern dog breeds.

As was already mentioned, Miacis walked on soles while the modern dog uses its hind toes. Why was this change necessary? Moreover, why does the canine paw have only 4 toes, unlike humans? These questions might deliver the most essential information of the day. However, they may randomly pop into your mind, bug you before falling asleep or simply come in handy when a family conversation stalls.

Humans have five relatively long fingers to grasp and manipulate objects. Dogs, on the other hand, predominantly need their palms and feet for walking or running. Cursorial animals which need to maintain high speeds for long distances developed long limbs but shortened digits and fewer toes. Long limbs allow dogs to run speedily. When humans run, they roll their feet from heel to their toes. This process is lengthy, and thus, Leptocyon had already been using for running only its toes.

Lastly, the reason why dogs have only 4 toes is probably to lose excessive weight slowing the dog down. While the additional weight from having 5 toes is not that big, it can make a difference in such a small animal, especially over a prolonged period of running. On the other hand, the evolution of canine species introduced the dewclaw, a fifth digit providing an emergency break.

So, after all, the canine paw evolution is all about making the energy distribution during running more efficient! 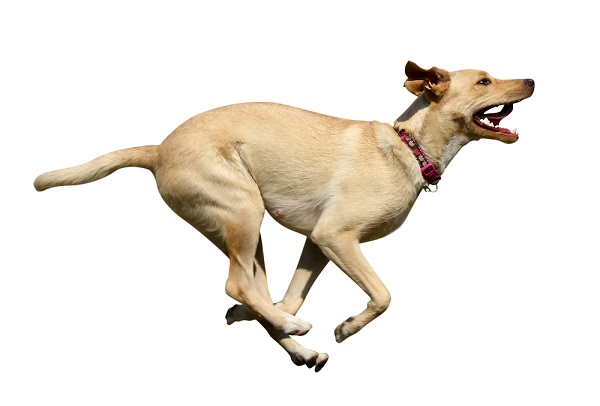